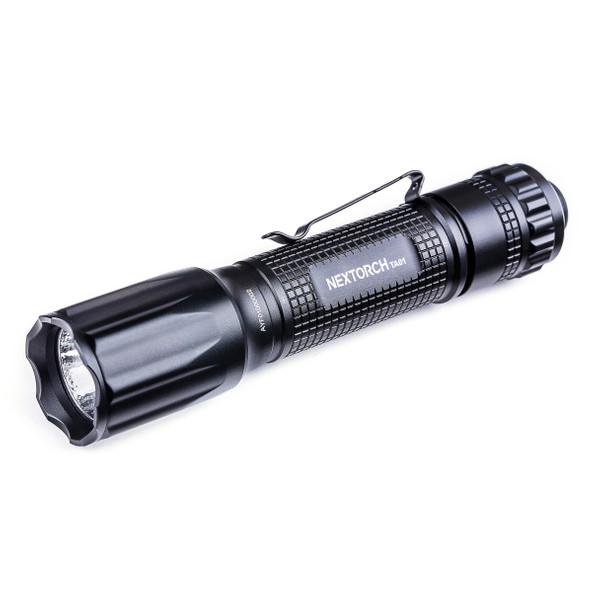 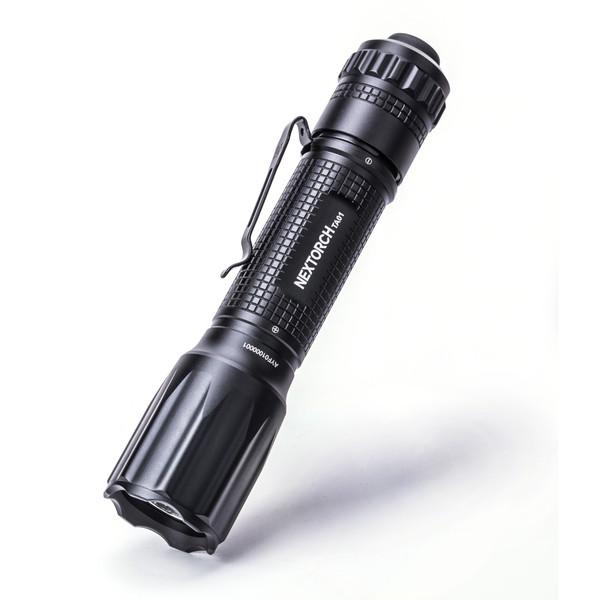 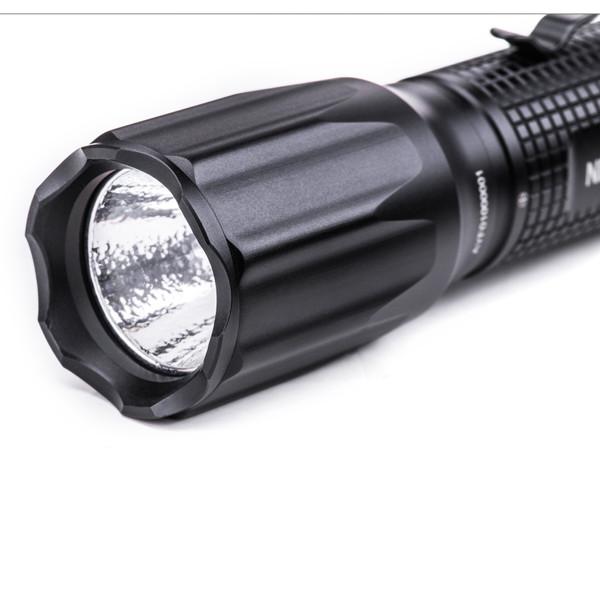 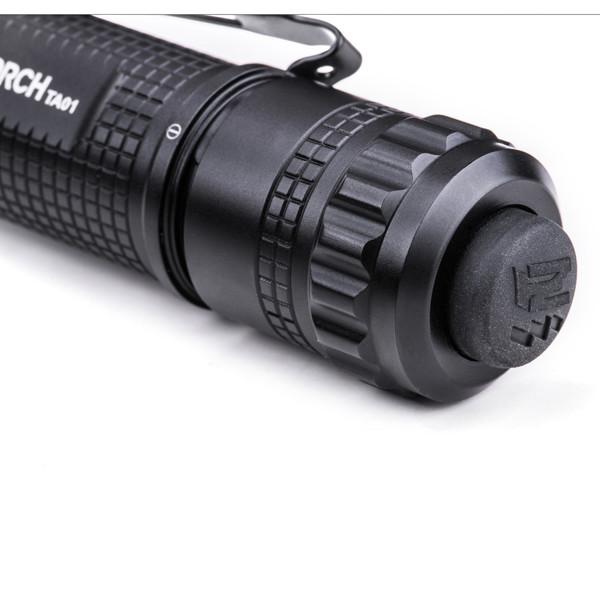 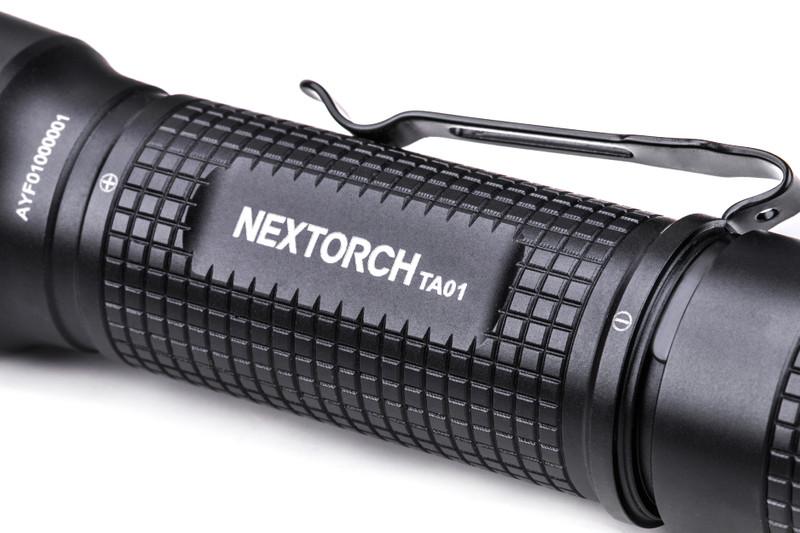 During the planning of the TA01 tactical flashlight, the professional users of the police and the armed forces were looked very closely over the shoulder and very many operations were analyzed in detail in the aftermath, and amazing details on the subject of operational flashlights for special forces have emerged.

For example, the new NEXTORCH TA01 now has a maximum of 500 lumens of light output, which sounds very little at first, because there are now flashlights with 1000 and more lumens. But: 500 ANSI lumens are actually more than enough for 99% of the uses, which all take place in the radius of maximum 50 meters and most of all indoors. With “only” 500 lumens, the danger of self-dazzling is much lower during use: Often, when accessing directly behind an apartment door, there is a bright white wall in a short distance – or even a mirror! In addition, this flashlight is much more economical with the battery thanks to the throttled power, which in turn brings further advantages for safety – especially when missions run much longer than planned.

This means that under acute stress, actions are carried out in an automated and inflexible manner.

In short, when alarmed, the brain instinctively falls back immediately on what was originally stored – in childhood, that is.

A flashlight, where you first have to think about how to get exactly to the setting that you need NOW(!) immediately under fire, or with an opponent with a suspected knife, for example – or just NOT at all: “How does this thing go out now?”, is totally useless for emergency forces. You can practice as long as you want: under stress, all this is gone and the brain runs on childlike autopilot.

The NEXTORCH TA01’s tail press switch doesn’t lock, so it only gives light when you hold it down. This effectively minimizes the risk of accidentally blinding yourself or your colleagues.

However, if you want continuous light, you can operate the TA01 via a second ring switch. The ring switch of this tactical flashlight is so “heavy-handed” that accidental switching on by coming close to it while moving is impossible.

The TA01 is not capable of strobe flashing because the flashing light does not make it easier to operate the firearm under live fire, stress and cramped hands to aim accurately.

Another new feature of this new police flashlight is the spot, or the way the light is focused. Conventional service flashlights unfortunately often do not illuminate a scenario sufficiently at the typical distance to really be sure of recognizing what the opposite party is holding in his hand, for example. With the new TA01, crucial details become immediately clear because the light from this flashlight shines broadly enough to capture everything visually safely and quickly.

The light color of the NEXTORCH TA01 insert lamp is also very natural and neutral, which further facilitates a quick and safe identification about the counterpart significantly:

It goes without saying that the new NEXTORCH TA01 Einsatzlampe is 100% dustproof and waterproof and absolutely shockproof.

The supplied battery has a USB port, so you can charge this at any time and virtually anywhere where a USB port is: In the emergency vehicle, for example.

This website uses cookies to improve your experience while you navigate through the website. Out of these, the cookies that are categorized as necessary are stored on your browser as they are essential for the working of basic functionalities of the website. We also use third-party cookies that help us analyze and understand how you use this website. These cookies will be stored in your browser only with your consent. You also have the option to opt-out of these cookies. But opting out of some of these cookies may affect your browsing experience.
Necessary Always Enabled
Necessary cookies are absolutely essential for the website to function properly. This category only includes cookies that ensures basic functionalities and security features of the website. These cookies do not store any personal information.
Non-necessary
Any cookies that may not be particularly necessary for the website to function and is used specifically to collect user personal data via analytics, ads, other embedded contents are termed as non-necessary cookies. It is mandatory to procure user consent prior to running these cookies on your website.
SAVE & ACCEPT
Powered by Ultimate Auction